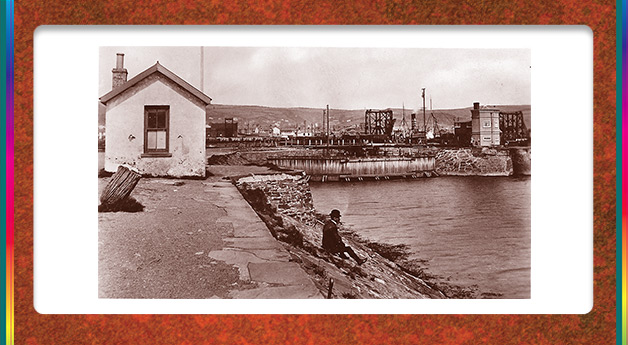 William McKiernon was born in Shropshire in 1807 and came to Burry Port in 1830. A little known engineer, during his time in Burry Port he did much to enhance his reputation and improve the developing town. He was decisive, a man of energy and vision and was described as ‘a new star in the firmament’. He lived in Burry Port with his wife Ann, whom he married on 21st January 1835 in Ellesmere, and they had four children.

As a civil and marine engineer McKiernon worked on the building of the inner harbour at Burry Port. He used stone from his quarry at Cwm Capel, known as “Cwar Mac”, being able to use the tram road from the coal mine to transport the stone to the harbour. He earned a reputation for being able to tackle challenging projects. He built sea embankments at Laugharne and Kidwelly and in 1852 had to construct a sea wall at Pwll for the South Wales Railway Co. This necessitated building across sand banks as well below the high water mark.

When the new harbour opened, Burry Port was a scattered village and it became apparent that accommodation was needed for the increasing number of sea captains and merchants coming to conduct business and so the Neptune Hotel was built in 1842 and McKiernon was its first proprietor and licensee.

The 1851 Census shows McKiernon still living at the Neptune as the Superintendent and Harbourmaster for the Bury Port Dock Company and a railway contractor employing 52 men. He was described as a “character” as well as being a good manager and business man. The Neptune at this time was used for auctions of wrecked vessels, second hand barges, farming machinery and dockside equipment. It also served as an exchange where deals were struck and paid for. 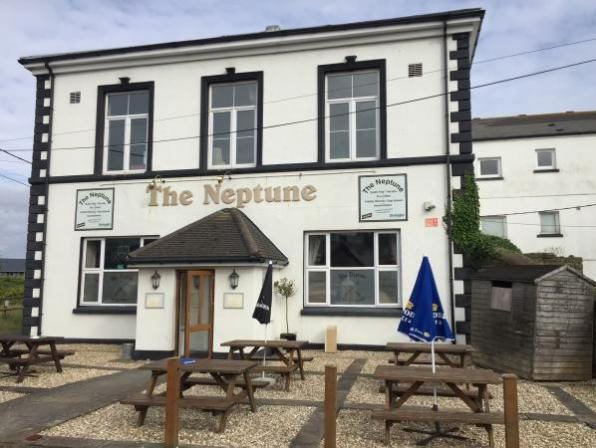 McKiernon was a successful ship salvager. In December 1842 he salvaged a German ship – Die Gute Hoffrung – and part of its cargo included an 8ft marble statue for the King of Prussia. The statue was displayed in Pembrey before being returned to its rightful owner. At a public auction in 1848 he bought the wreckof  the Louisa, part of which was reputed to be buried 4 feet below the level of the sand. He skilfully salvaged the ship, towed it into Burry Port harbour, along with 50 tons of cargo which was said to be worth £1,000. As Harbour Superintendent with access to railway workers he did this with the assistance of 100 men from the railway company.

He was a resourceful Harbour Master and The Cambrian newspaper of 20th June 1851 reported how his quick action, when he saw distress signals from the brig Sea Adventure, avoided loss of life and enabled the ship to be brought safely into Burry Port Harbour. Huskinson Row (off Station Road and long demolished) was said to be named after the barque Husskinson salvaged in 1853 by McKiernon, the timbers of which built these houses and many others in Burry Port.

Fierce storms in December 1860 resulted in the Loughor Bridge needing to be rebuilt. William McKiernon was chosen to do this as he was respected for his skill and knowledge in solving difficult engineering problems in the Burry Estuary.

After thirty years William McKiernon left Burry Port for Swansea but he returned to Burry Port in old age and the 1881 Census describes him as a retired civil engineer living with his daughter Elizabeth, and son in law Richard Williams, the postmaster, at 74 Station Road. He died in December 1881 and is buried at Pembrey church.