A horse-drawn tramway and later a railway transported coal from Cwm Capel (or Kenross) Colliery down to Burry Port harbour. The line was in existence for 109 years from 1831 to its removal in 1940.

The route of the tramway northwards from the harbour towards Cwm Capel encompasses some 2500 years of Burry Port’s history.

On the hill bounding the east side of Cwm Capel lies the hillfort Y Gaer (The Fort). It may be a similar age to Carreg Lwyd (Grey Crag), on Pembrey Mountain, which has been dated as Early Iron Age (about 500 B.C.). It is one of a number of small hillforts on both sides of Burry Inlet.

Cwm Capel valley takes its name from a medieval chapel of ease Capel Cynnor, dedicated to St. Cynfwr. It provided a place of worship for those in the valley and surrounds who were unable or unwilling to make the journey to St. Illtyd’s parish church in Pembrey. By 1840 its site had been buried beneath Cwm Capel Colliery.

Achddu Mill also pre-dates Cwm Capel Colliery. A mill on that site is mentioned in a will dated 1587 and it is likely that one has been there since the Middle Ages. It ground corn and the present mill building continued in use into the 20th century. Water was diverted from Nant Dyfatty through a 300 metre long leat to the mill pond where it flowed onto the overshot waterwheel, turning it and driving the machinery. The waterwheel was taken as scrap metal to help the war effort during the Second World War. The three storey mill building and the mill cottage can still be seen where the Old Tramway public footpath meets the north end of Dandorlan Road.

The first mention of a coal mine at Cwm Capel is 1761. This was operated by Hector Morris, John Thomas of Panthowell and Thomas Bowen of Llanelli.

At this time the coal from Cwm Capel, Gwscwm and Rhengog (close to Gwscwm colliery) would have been carted to the wharf at Barnaby Pill (pill means a tidal creek), situated where the road called ‘The Level’ is now on the south eastern edge of Burry Port. From here it was taken by barge to the deep water at North Pool near the rocky outcrop of Carreg Edwig, where it would be transferred to larger ships. The exported coal was known in the trade as Barnaby Pill coal.

In September 1807 Bowser leased land and coal pits from local landowner Sir Hugh Owen. A map of 1811 shows “Bowser’s Level” in the Cwm Capel valley. “Level” indicated a mine dug horizontally into the hillside.

George Bowser was an outstanding pioneer of early industrialization in the Pembrey and Burry Port area. He and his family came here in the 1790s from Newington Green in Middlesex, and he began his coal mining activities in the area. In the very early 1800s the family moved to Kenross House on the Graig in Burry Port and by 1806 he was a churchwarden at Pembrey Parish Church.

Kenross House, a large house on the Graig was built in the late 1790’s. Kenross (from Cefn Rhos meaning moorland ridge) is recorded as a name for this area in the early 1600s. Kenross or Cwm Capel were alternative names for the same colliery.

Meanwhile in 1814 John and Edward Hay from Pembrokeshire opened the first colliery in Achddu, further down the valley. In 1903 the Achddu collieries were consolidated into one, which closed in 1917.

In 1816 Bowser secured further leases to other pits and levels in the Cwm Capel area in order to make his Kenross (Cwm Capel) colliery more productive. The terms of one lease allowed him to lay a tramway from his Kenross mine to Carreg Edwig. A map drawn by George Bowser’s son in 1809 shows Bowser’s intended route for this tramway was through Furnace to the mouth of the Derwydd River, which later became the site of Pembrey Harbour. The tramway was completed by 1816 and had a gauge of 3 feet 6 inches. A channel carried water from Nant Dyfatty to the Derwydd to scour the river mouth in order to make, and maintain, a wharf deep enough for ships.

In 1816 Bowser joined with three others to build Pembrey Harbour. However, worried by the increasing costs of construction, he withdrew from the agreement in 1818. He was informed in 1821 by the remaining partners that he would not be permitted to gain access to the harbour owing to his non-payment of debts. This would have forced him to revert to carting Cwm Capel coal to Barnaby Pill. Because of this he backed the development of Pembrey New (later Burry Port) Harbour, so that he could run a new tramway from his Cwm Capel collieries to that harbour. Construction of the harbour started in 1825 and was completed in 1832. Unfortunately it had to be rebuilt following the collapse of the harbour walls and was finally opened in 1836. George Bowser did not live to see this. He died in 1835 and is buried in Pembrey Churchyard. Many of his local achievements are engraved on his memorial stone.

By around 1830 Bowser had consolidated his Cwm Capel collieries into the one larger colliery now on the site. His tramway to the new harbour was completed in 1831. Initially it met Pemberton’s tramway from his New Lodge Colliery (where the roundabout for Dyfatty Industrial Estate now stands) with a joint line to loading places on the western pier. Following the rebuilding of the harbour in 1836 the line was moved to the eastern side of the harbour.

Note that the Pembertons were landowners and industrialists in the then adjoining parishes of Pembrey and Llanelli.

Burry Port Harbour was built with stone quarried from Pemberton’s Quarry in Cwm Capel. When William McKiernon organised the rebuilding of the harbour he brought stone by tramway from a quarry adjacent to Cwm Capel Colliery. The quarry is named after him: McKiernon’s Quarry or Cwar Mac. It was used for many years in the industrial development of the town. The quarry can still be seen on other side of Cwm Capel Road from the chimney stack and the remaining colliery buildings.

In 1834 a reservoir capable of holding 20 million gallons was completed just above Capel Cwm Colliery. It was built under the direction of English canal engineers for The Kidwelly and Llanelly Canal and Tramroad Company. Hence it became known as Pownd Y Saeson or Englishmen’s Pond. Its purpose was to secure a constant supply of water for the canal to allow for leakages and evaporation along the canal. By 1895 it was being used to supply the lead and copperworks in Burry Port with water. The reservoir remained intact until about 1980.

When the tramway to Burry Port harbour was laid out, the area looked different, with sparse buildings set amongst fields, separated from the sea by marsh and dunes. As the town grew, new roads were built around the tramway and in 1852 Brunel’s railway line between Swansea and Carmarthen was opened. The conversion of this part of The Great Western Railway from broad to standard gauge was completed in 1872. The horse-drawn tramroad from Cwm Capel to the harbour was by this time owned by Mason and Elkington to supply their copperworks with coal. They had already converted it, in 1855 or 1865, to a standard gauge railway to take steam locomotives. In 1876 the line was incorporated into the Burry Port and Gwendraeth Valley Railway (formed in 1869).

The B.P. & G.V. Railway was known locally as ‘Lein Fach’ or the Little Railway. In 1922 it was amalgamated with GWR.

According to GWR the line had a relatively steep gradient of 1 in 43 with a sharp curve at Achddu Mill. Where the line crossed the main line and Station Road was known for many years as ‘Snook’s Crossing’, named after Charlie Snook who had a newsagents there.

Further up the line where it crossed Colby Road by the Pemberton Arms level crossing gates were used until the line closed. This crossing was known as ‘Gats y Cwb’ because the gate keeper had use of a one-man cabin (cwb in Welsh). 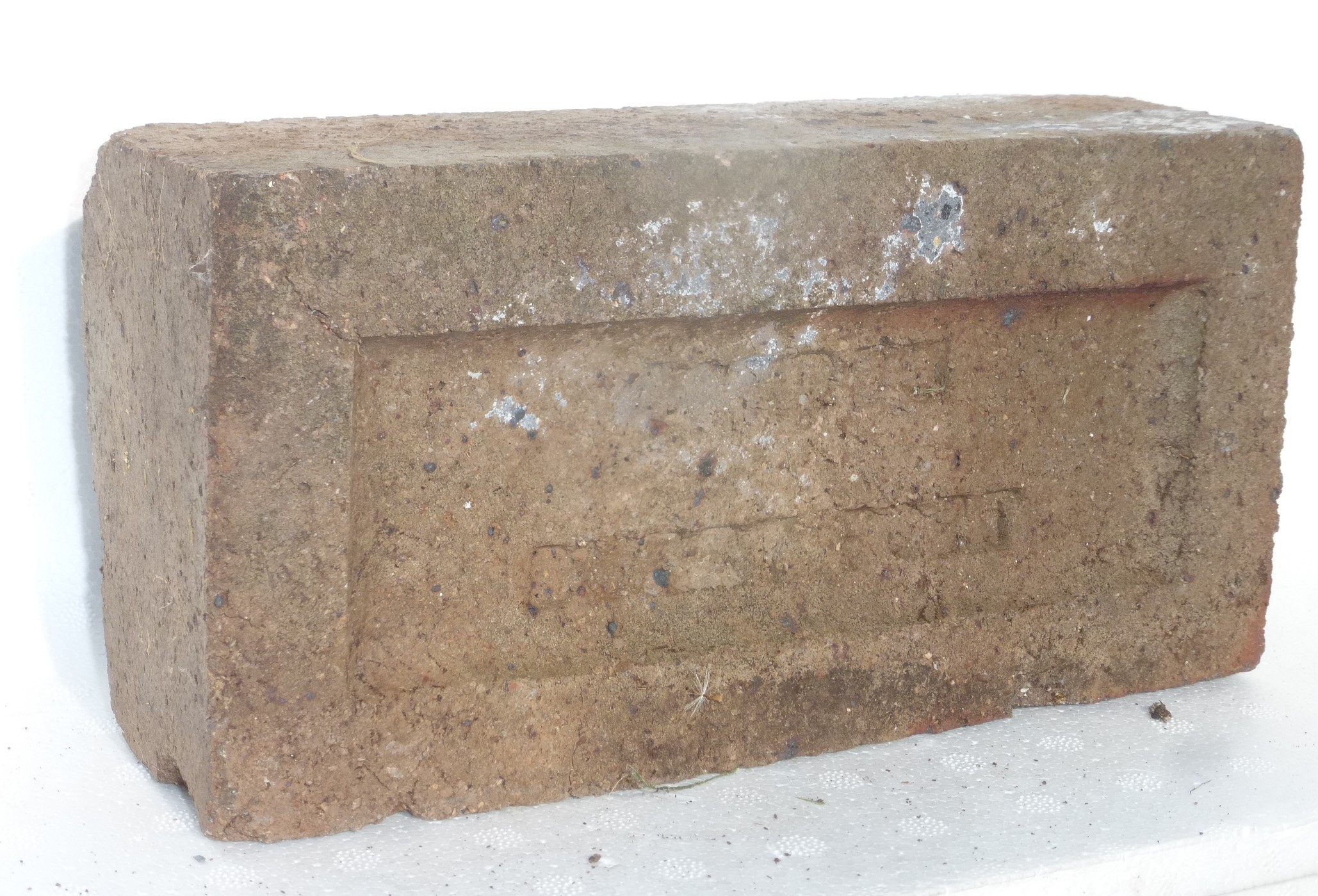 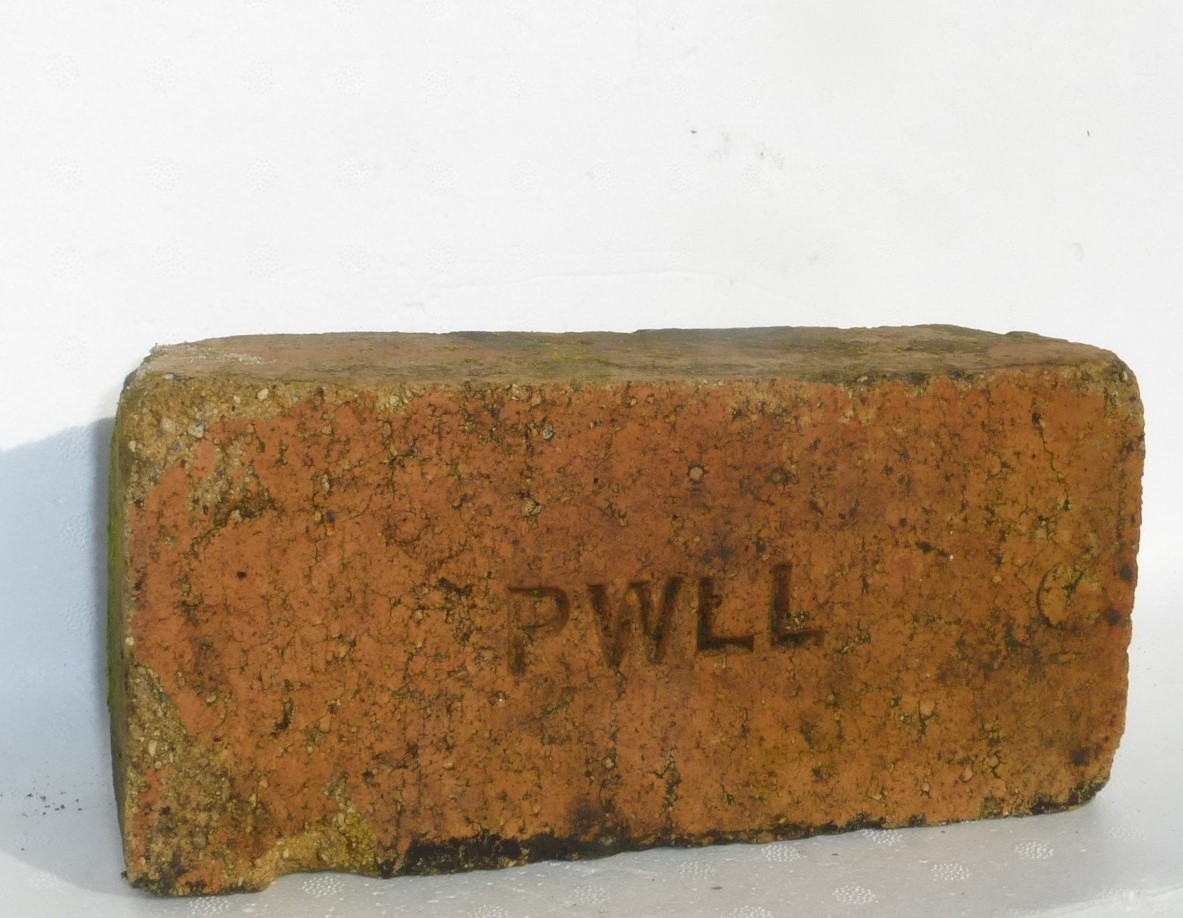 Burry Port Brickworks opened in the late 1920s on the site of Achddu Colliery which had closed in 1917. It probably utilized shale from the colliery tip. It had closed by 1948.

In the early decades of the 20th Century Cwm Capel Colliery employed up to 200 people. The wider economic slump must have brought its rapid decline as there was very little traffic on the line by 1931. The track was removed for re-use or recycling in July 1940.