This project was undertaken by a community volunteer group, led by Edward Davies,  with HLF funding to help make the industrial and maritime heritage of the area more visible and show how important it was for the development of the town and also for its future.
Nine heritage boards have been placed around the area that each focus on different aspects of this past, which can be located using the trail leaflet. There are QR codes on each board that will link you to the relevant web-page where you can access a miniature version of the board to view on your device as you walk around the trails, or you can browse the information at your leisure when you get home.
Please take care when following the trails. Although most of the routes have paved sections and are accessible, there are areas that are not.
A primary school resource has been produced and distributed to the three Burry Port primary schools. In the booklet are questions to discuss and information to read.

The villages of Pembrey and Burry Port lie on the northern coast of the Burry Inlet and within the Carmarthenshire range of the South Wales coalfield. The discovery of coal in commercial quantities from the early 1700s eventually led to the industrial development of the parish, which over the next 2 centuries saw population growth, wide-ranging transport networks, two harbours and the creation of a new village! Because of the closeness of the mines to the sea, many of the key elements that sparked industrial development were present in the area. However the area was very different to how it appears today.

Pembrey was a medieval village, as shown by the medieval tower of the Church of St Illtyd but there was no village of Burry Port, only a few houses clustered around the high point of Achddu. Neither harbour had even been thought of yet as the sand and mud of the estuary created a marsh and dune barrier that separated Pembrey from the sea to the south, while the Pinged marsh separated it from the Gwendraeth Fawr. The only option for loading coal onto ships was for the ships to beach themselves on an out-going tide either on a beach or in a pill (a pill is a stream cut through marsh), and the coals to be carted from the mines onto the ship or barge. Sometimes these would then carry their load out to larger ships anchored in deeper pools in the estuary.

Over time, a network of at first canals and tramways developed to carry the coals to newly built harbours. First came Pembrey Harbour in 1819 but was quickly followed by Pembrey New Harbour in 1836. The new harbour became known as Burry Port Harbour before it was finished, and as it attracted further industries and people to the area, the town that grew around it became Burry Port. The mining and export of coal began in the area in the 1760s. Although small, it eventually attracted industrial entrepreneurs to take advantage of it. In 1810 an attempt was made to establish an iron works called Pembrey Iron Works, probably in the area now known as Furnace in Burry Port, but it didn’t last long and was closed by 1816. The site of it was likely re-developed by the Pembrey Iron and Coal Company in 1824.

Industrialists of the area

The drive of noted industrialists of the area, Thomas Gaunt and George Bowser among others, to export coal via a new harbour and make their mines more profitable coincided with the activities of the Kidwelly and Llanelly Canal and Tramroad Company. This company sought to exploit better the coal mines of the Gwendraeth valley by connecting them to the sea via a network of canals and tramroads. At first this was to be via the harbours of Kidwelly and Llanelli, hence the name, but once the harbour at Pembrey was established they saw the potential to make a larger harbour nearby and eventually Burry Port harbour was created. This new larger harbour attracted other industries to the harbour side, primarily the Mason and Elkington Copper Works (1849) and Ashburnham Tin Plate Works (1890). The coming of the South Wales Railway in 1852 also made the area attractive to industrialists.

Eventually the copper works itself drew or established other industries in the area such as the Burry Port Lead and Silver Works in 1865 and the Burry Port and Pembrey White Lead Works in 1870. By the 1860s the canal and tramroad system was no longer able to deal with the demands placed on it and in 1866 a railway company was formed, the Burry Port and Gwendraeth Valley railway. It’s trackbed followed the routes of the old canal and tramroad network and therefore had to deal with bridges and tunnels with low clearances originally built for canal barges.

You will find interpretation boards around Burry Port and Pembrey which will tell you more about the industrial development of the area and the people who helped to drive it forward. Those around the harbour tell of the harbour, the various industries based around it and the entrepreneurs and manufacturers who developed those industries and developed the town we see around us. The board by the railway station tells of the development of the canals and railways and its importance in the development of the town. Just the other side of the railway in Wern Road there is a board on Cwm Capel Tramway, one of the many tramways which enabled coal to be transported from the collieries to the harbours. If you follow the coastal path west from the harbour for about half a mile you will find the remains of Pembrey Old Harbour where a board will tell you of its history. Further afield in Pembrey Country Park you will find a board telling of the maritime history of Burry Inlet and the many wrecks caught on the treacherous sands of Cefn Sidan (Pembrey Sands). A second board describes the long history of the manufacture of explosives at the site, based on what is now the Country Park. 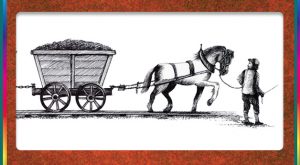 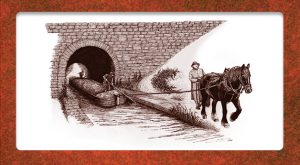 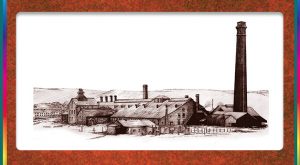 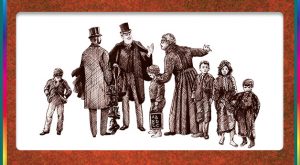