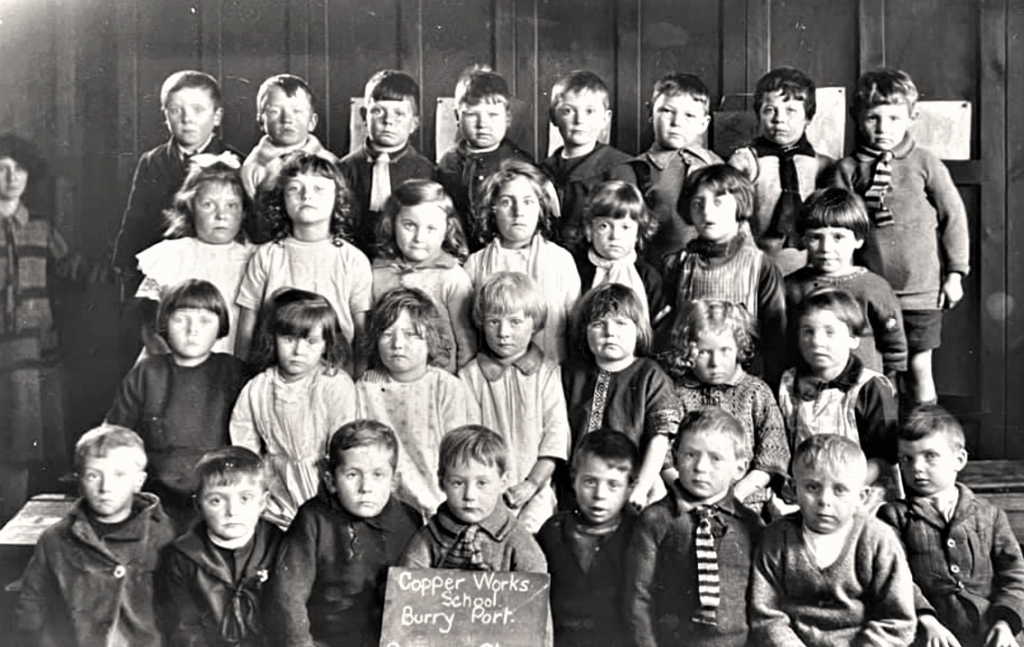 THESE HAVE BEEN KINDLY GIVEN TO THE HERITAGE GROUP BY MEMBERS OF THE COMMUNITY. WE WILL BE PLEASED TO RECEIVE ANY FURTHER ITEMS.

Miss Elizabeth Williams, Headmistress, with a group of children on the occasion of her retirement from the Copperworks Infant’s where she had been head for 34 years. Each child holds a book given to them on Miss William’s retirement.

Known affectionately as Beti Williams the school was her life and she treated each of her pupils as members of her family, welcoming them at the school gate each morning.

Originally from North Wales, Miss Williams’ family came to live in  Llanelli where her father was a sea captain.  Five years later they moved to Burry Port.  She taught in Lincolnshire and Berkshire before returning to teach at the Copperworks School.