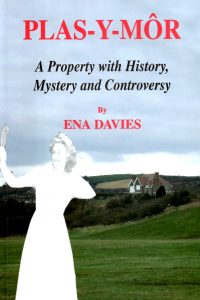 As you walk the costal path from Burry Port harbour to Pembrey harbour you pass an isolated dejected-looking house overlooking the estuary and the golf course. What is the origins of the house, who lived there and what is it its history?

It was built in 1935 for socialite Milly Gravell as her dream house when she married David Brinley Morris, a local well-known successful lawyer.
Milly had expensive tastes and shocked the local community with a fast car and fashionable London clothes. But the house was never really a home to the restless Milly. In 1939, when war came, Milly and Brinley used the house to entertain officers from nearby Pembrey Airfield.

Eventually the house was requisitioned by the Ministry of Supply. It became a clubhouse for the Royal Ordinance Factory (ROF) workers and also the airmen stationed at Pembrey aerodrome. In 1942 the whole property was requisitioned and prefabs, known as the hostels were built to house the workers of the ROF.

The area became known as Benghazi, a nickname given to the site, which included the clubhouse and the hostels, by a soldier on leave from the North African campaign who remarked that it was such a busy bustling place that it was just like Benghazi. The name stuck.

The buildings were functional but not very attractive and were homes to many families after the war. The whole site was demolished in the early nineteen seventies and Tan-y-Bryn housing estate built to replace it.
As for Plas-y-Mor itself it was eventually sold and became a home again.

The information above is taken from the book Plas-y-Mor by Ena Davies.