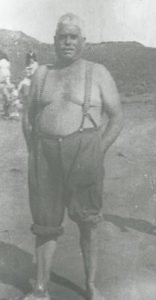 Jack was born in Italy in 1879, his paternal name being Guerrino Mariti.

He was a deep sea diver in his native Italy but he developed that wanderlust of lands and peoples in far distant shores and eventually travelled with a friend on a boat which finally docked at Newport.  He found work in a coal mine in the valleys but despite the friendliness of the valley people only lasted two days. He left to travel alone across country to search for a place in which to settle and a longing for the sight of the sea.

Jack had a spell in Gorseinon before eventually deciding to make Burry Port his final home.   In the early years he sold fruit from a barrow to people of Burry Port and during the summer months sold ices to holiday makers before he eventually found work at the Ashburnham Tinplate Works.
His life saving exploits were legendary in the 1920s and this was the turning
point that brought him into the limelight. 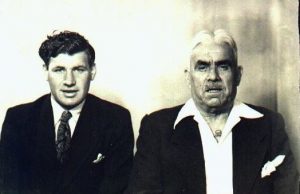 He lived near the beach and was at home in the water.  To people of the area be became known as Jack Mariti – and dubbed ‘The gentle giant who loved the sea’.  He was a familiar sight to the local people and on many occasions was at home especially when somebody got into difficulties in the treacherous currents.

Until the late 1960s therewere no swimming baths in the Llanelli area and Jack taught hundreds ofchildren/adults to swim at the ‘Slags’ and in the harbour. 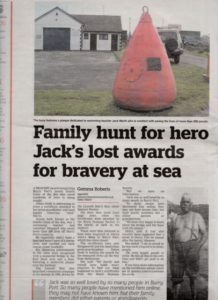 He also taught and supervised swimmers to dive off the bridges and harbour walls. He was a great character and one who had endeared himself to the people of Burry Port. People felt a sense of serenity when they bathed because he was always there to ensure the safety of swimmers despite the fact that it was all done on a voluntary basis. He did not have a boat and was not part of a rescue group; he asked for no reward – and got none – save knowing that his surveillance was greatly appreciated by both young and old.

Jack Mariti was a very powerful swimmer and swam the four miles to Llanelli from Burry Port several times.  A favourable achievement at 60 years old was that he accompanied a local 18 year old swimmer in a marathon swim from Llanelli to Burry Port in 1 hour 36 minutes and there are several people in the
area who could testify to Jack Mariti’s excellent work in the sea and on shore in Burry Port. 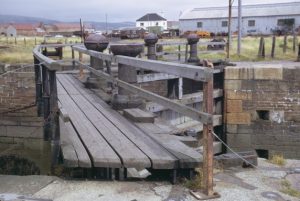 Jack was a lovable man who joined in with everything that made life colourful.  He joined the Jazz band at the time and was a wonderful exponent of playing the banjo.  He was a great showman and led Burry Port Band in his horse drawn cart wearing top hat and tails drumming up supporters for the All Blacks Rugby Team.

Jack Mariti saved numerous lives over the years and is credited with over 200 rescues.  He was always there to ensure the safety of bathers and remembered for his life saving exploits and awareness and assurance he commanded by his presence on the beach at Burry Port.